Colorectal cancer (CRC) is the fourth most common cause of cancer-related death worldwide.

The total number is not known, but approximately 650.000 new cases are registered each year in industrialized countries. This represents a major burden for the patients affected and a huge cost to society. Five percent of all men and four percent of all women will be diagnosed with colorectal cancer before the age of 75. There has been a steady rise in the numbers in the last decades, which in large part is due to the increased life expectancy. There is a considerable demand for quality prognostic markers, which we aim to establish.

The colon/rectum consists of:

The ICGI has procured several international collaborations, which allows us access to large sets of tumor material and clinical data. 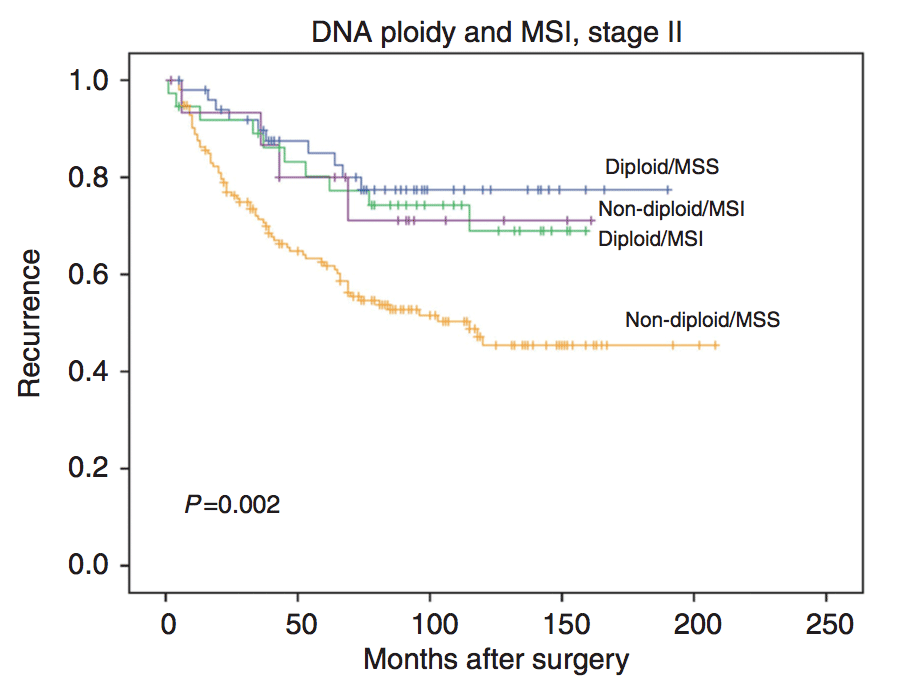 DNA ploidy analyses of tumors from the 952 patients from Aker demonstrated that ploidy is an independent prognostic marker for CRC. The size of the patient group made these studies statistically strong, and demonstrated an increased value of the ploidy marker in the subgroup of patients with stage II colorectal cancer.

We are in the process of analyzing a collection of tumor tissue from nearly 4.000 patients together with our international partners in the CRC Network. With such a large patient group we expect to further improve the methods that have had valuable results so far, and establish new markers based on digital imaging and Big Data analysis.

Institute Director Håvard E. Danielsen serves as chair of the panel of expertise for the CRC Network, which  is an international network of researchers aiming to improve diagnosis, research and medical treatment of colon- and rectum cancer with emphasis on increased understanding of genetic mechanisms. The panel of expertise includes representatives from some of the highest-ranked universities in Europe.

Read more about the CRC Netwok on their website.