The nucleolus is the most prominent structure in a cell nucleus. It is the site of ribosomal RNA (rRNA) transcription, pre-rRNA processing and ribosome subunit assembly. The nucleolus is a dynamic structure that assembles around the clusters of rRNA gene repeats during late telophase, persists throughout interphase and then disassembles as cells enter mitosis. Alterations in both number and shape of nucleoli are linked to cancer and cancer prognosis. 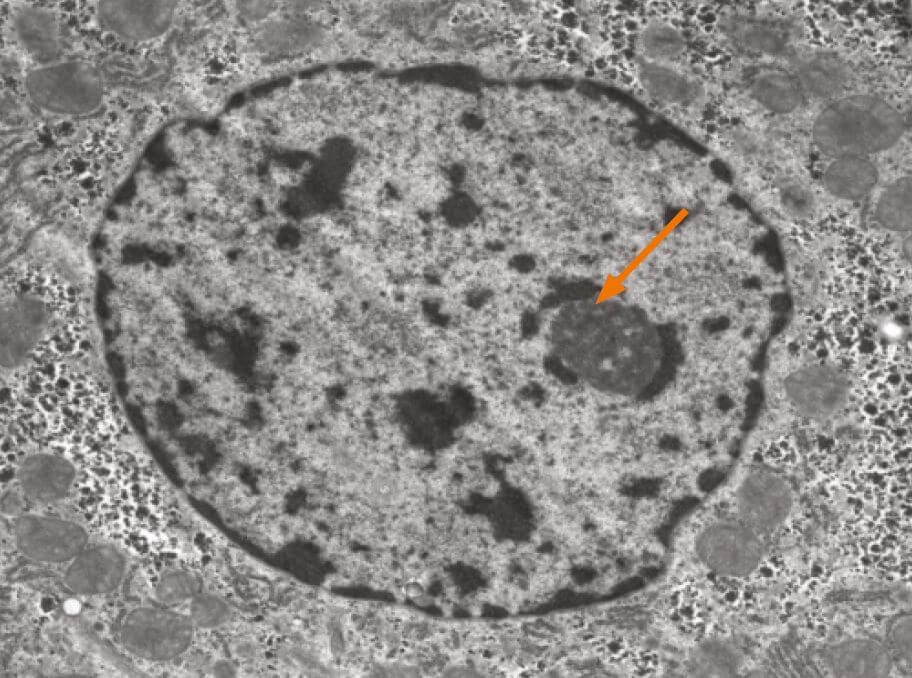 The nucleolus is a ribosome factory, composed of deoxyribonucleic acid (DNA), ribonucleic acid (RNA), and protein. At the nucleolus, a long ribosomal RNA (rRNA) precursor molecule is transcribed from DNA, processed into three mature RNAs, and packaged together with specific proteins to make the large and small ribosomal subunits. Once the subunits have been assembled, they are transported out of the nucleolus to the cytoplasm for use in translation (protein synthesis). Human chromosomes contain five nucleolar organiser regions (called NORs), located on the short arms of the chromosomes 13, 14, 15, 21, and 22. In humans, each NOR contains approximately one hundred tandemly repeated rRNA gene copies. The NORs of different chromosomes typically come together in interphase. Thus, a single nucleolus is often made up of rRNA genes from two or more different NORs.

In addition to the well-established function of nucleoli in ribosome assembly, recent evidence suggests that nucleoli are also involved in several other cellular processes, including assembly and modification of various small ribonucleoproteins (RNPs), sequestration of important cell-cycle regulatory proteins, the export of other non-ribosomal RNAs, and control of cellular senescence or ageing. 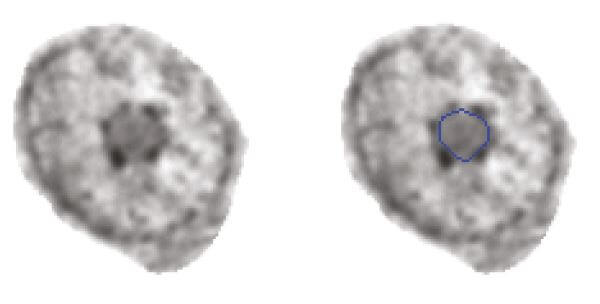 While larger nucleolar size and number have been recognised as hallmark features of many tumour types, recent evidence has suggested that, in addition to overproduction of ribosomes, decreased ribosome biogenesis, as well as qualitative changes in this process, could also contribute to tumour initiation and cancer progression. Furthermore, the nucleolus has become the focus of intense attention for its involvement in processes that are clearly unrelated to ribosome biogenesis, such as sensing and responding to endogenous and exogenous stressors, maintenance of genome stability, regulation of cell-cycle progression, cellular senescence, telomere function, chromatin structure, the establishment of nuclear architecture, global regulation of gene expression and biogenesis of multiple ribonucleoprotein particles. The fact that dysregulation of many of these fundamental cellular processes may contribute to the malignant phenotype suggests that normal functioning of the nucleolus safeguards against the development of cancer.

Internuclear structures do not have membranes, but the density of nucleoli makes them quite visible with most nuclear staining’s. It is, however, a challenge to obtain a proper segmentation of nuclei in light microscopical images, a requirement for quantitative measures.

The number and size of nucleoli are directly related to their functional level and likely a useful feature for tumour classification and possibly tumour differentiation and patient outcome. The aim of this project is to automate the segmentation of nucleoli in Feulgenstained thin sections imaged with a microscope to facilitate the identification of nucleolar features. We can thereby quantify nucleolar alterations and functionality, and relate these to a range of cellular and nuclear features. We hope to gain more knowledge about the role of the nucleolus in cancer as well as identify new prognostic features.

We have generated an initial training set with manually segmented nucleoli and used a deep learning network to extract the features required for automated segmentation.

Results are promising, and the following tasks are ahead: